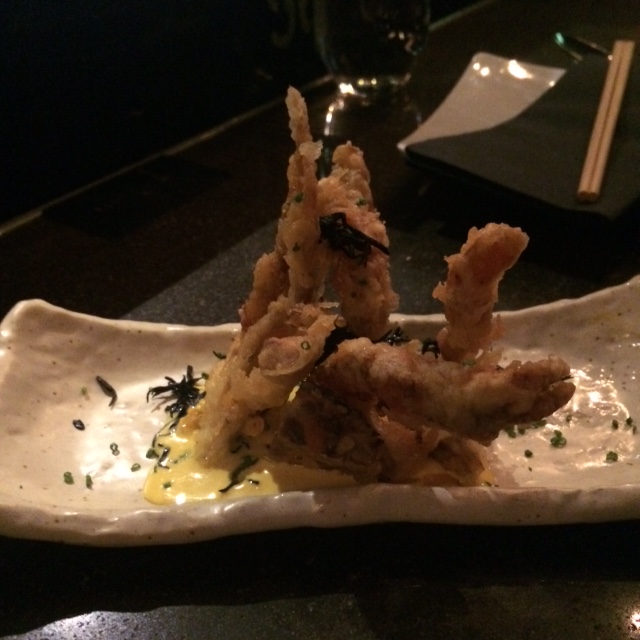 In the beginning of this month, my dear friends from home, Malin and Tobias, came to visit. We had a wonderful weekend together and food wise the dinners were the highlights. On the Friday we had a post-theatre meal at Bocca di Lupo and on the Saturday a lovely post-shopping dinner at Chotto Matte (after a cocktail at Mark’s Bar).

I’ve been to Chotto Matte once before, with other Swedish friends, and had one of the sharing menus. It was nice but I wasn’t wooed enough for a sharing menu I must admit, so this time we ordered from the a’la carte. Of course we had the favourites from the sharing menu, like the miso chicken, but also tried a few new dishes.

We were off to a great start with the deep-fried softshell crab with a lovely mayonnaise with yellow chilli and yuzu. 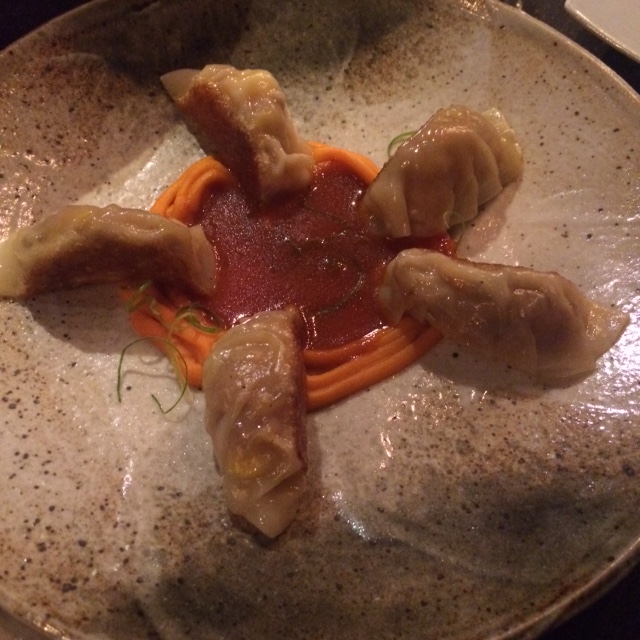 Next up we had the pork, prawn and cassava gyozas with sweet potato purée and they were just as nice as I remembered. 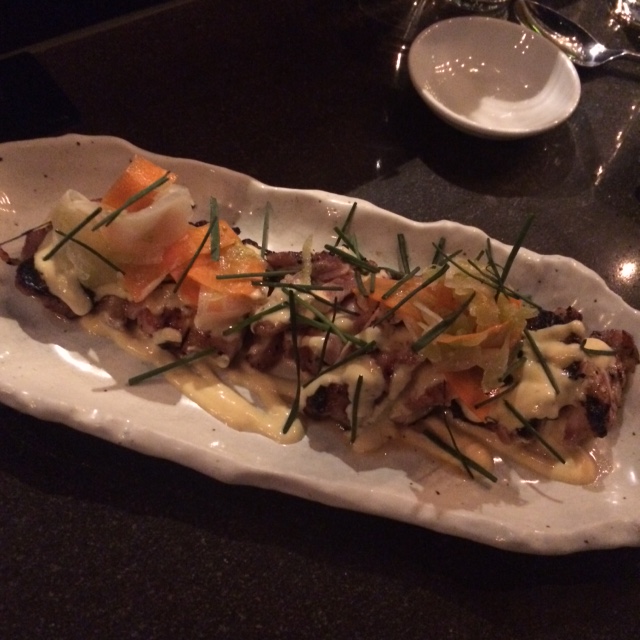 The miso chicken, however, was even BETTER this time. It was incredibly tender and with a nice charcoal flavour. It was served with miso sauce, carrot, daikon and yellow chilli salsa. 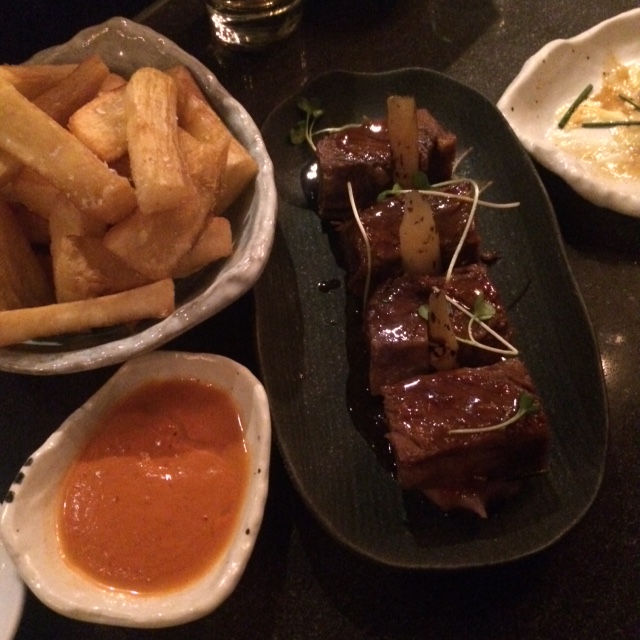 The beef short ribs were also incredibly tender, so much so that we pondered how they could hold their shape so well while being so soft. They were served with asparagus, purple potato purée (also better than last time) and terikayi sauce. On the side we had cassava chips. 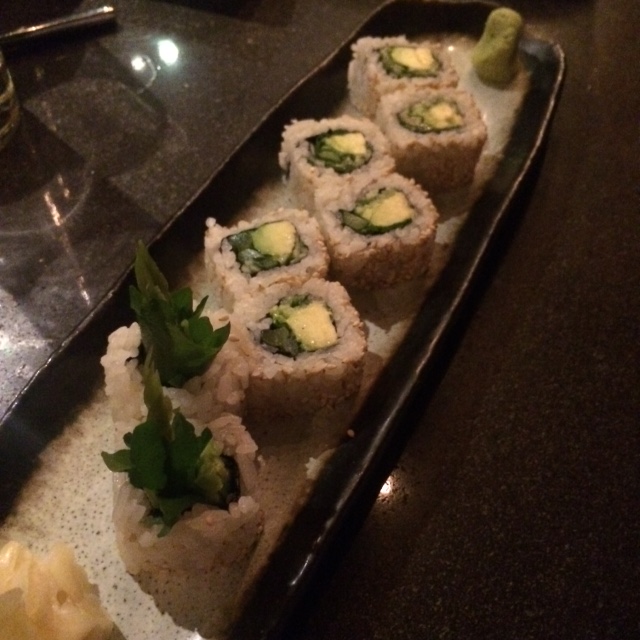 We had our meal by the sushi counter and were all mesmerized by the nimble hands preparing roll after roll. Obviously we got sucked in and had some sushi after the main meal.

The roll I had the first time I was here was OK but nothing special but this time the two rolls we had were great! The mixed vegetable roll above, and the california roll below were just delicious! 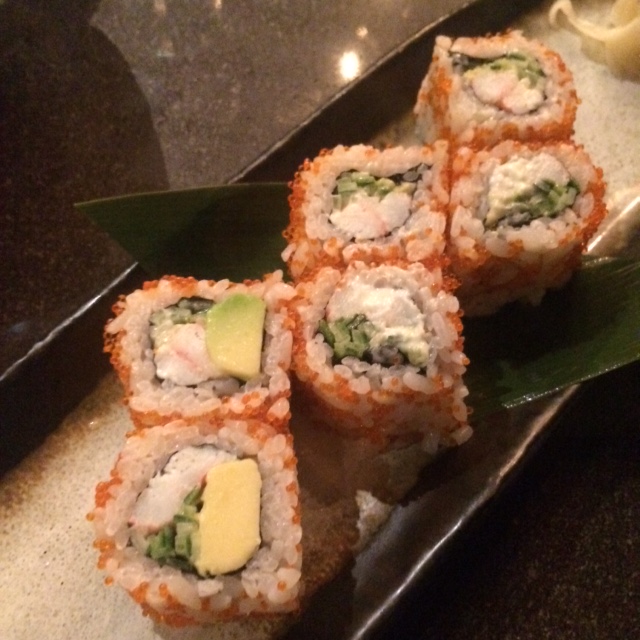 I must say I didn’t expect the food to be so much better here this time around. It was good to begin with but this time I was more wooed, and can’t wait to go back. 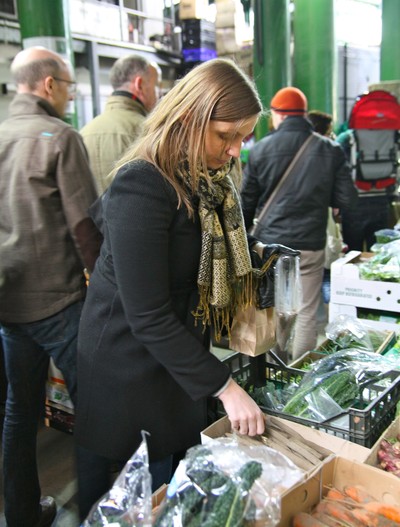